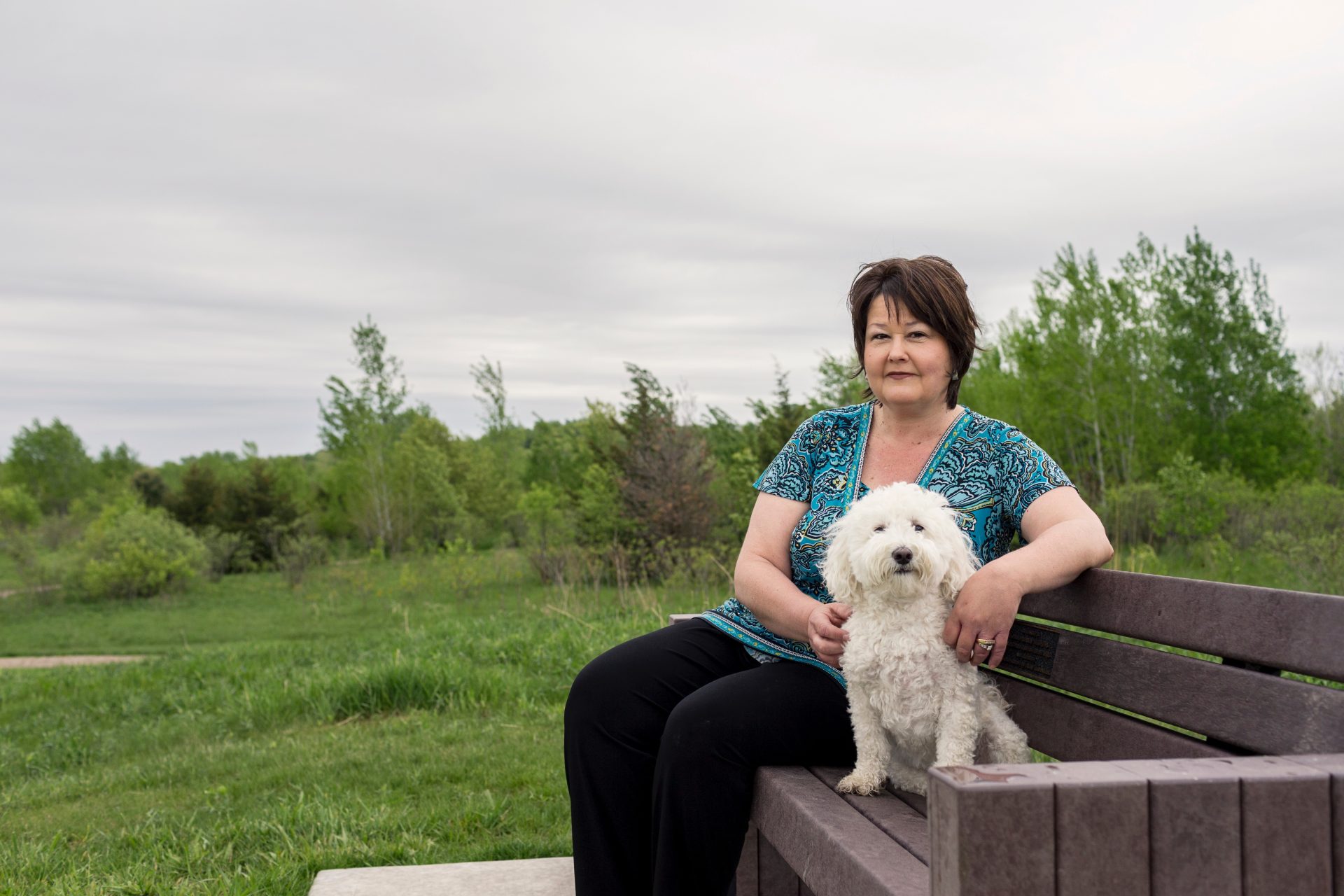 LeafLine Labs patient, Vicki, was born and raised in Hibbing, Minnesota where she currently lives. She is a mother, a grandmother to four grandchildren, and has been with her significant other for over 14 years.
Vicki is a caregiver for her mother, who lives down the street, and she is passionate about helping people; she gets joy from inspiring smiles and laughter in others. She considers herself spiritual and meditates regularly. When she can, she incorporates yoga or pilates into her daily routine.
For the majority of her life, Vicki has lived with the pain, anxiety, and other symptoms that come with Irritable Bowel Syndrome (IBS), Fibromyalgia, Arthritis, GERD, Celiac disease, and numerous other food allergies.
To treat her various conditions, she has tried a seemingly countless list of medications and physical therapy, but the relief was always minimal and the side effects many.
Vicki describes herself as a happy, outgoing person but for the past few years she did not quite feel like herself. Her health, both emotionally and physically, went into decline. She experienced more pain and anxiety and began to eat and sleep less. She remembers days where she would force herself to get up and out of her pajamas just of so that her significant other, Kevin, wouldn’t know she hadn’t gotten out of bed all day.
When Vicki first learned about the medical cannabis program in Minnesota, she assumed that the requirements to become a patient were more restrictive than they actually were; she thought that one had to have been diagnosed with cancer or another terminal illness.
When a friend recommended she get certified and she realized she could qualify with her conditions, Vicki decided she needed to make a drastic change and would do anything to get there.
Vicki had experimented with cannabis in the past as a way to self-medicate but didn’t quite feel as though she was getting the relief she had heard so much about; she was eager to see what differences she would experience after enrolling in the state’s program.
In October 2018, she had her conditions certified, enrolled in the program and scheduled an initial consultation at the LeafLine Labs patient care center in Hibbing.
Since her first appointment, Vicki’s life has taken a drastic turn for the best. “The medical cannabis has taken the inflammation out of my body; it has taken the pain away,” she shares.
Now, she is doing things once again that she hadn’t in over two years. She feels an undeniable difference and everyone around her has noticed the improvement in her mood and the way she moves about her life.
Amazingly, Vicki has not had to take a single prescription or over-the-counter painkiller since she began using medical cannabis. She still takes medication to help her sleep at night, but has been able to cut her dosing in half.
Since she was young, Vicki has lived with thyroid problems. Just the other day, her test results came back and she was told she needs to decrease her dosing of Synthroid, a drug that replaces or provides more thyroid hormones. Since 1994, Vicki has never tapered her use of thyroid medication, only increased; Vicki is ecstatic about this change and believes wholeheartedly that cannabis has helped her get to this milestone.
Feeling better and more optimistic than she has in quite some time, Vicki is eager to see what other firsts and progress come as she continues to use medical cannabis. “It has given me my life back,” she shares.
She is grateful to have the energy and desire once again to spend time with her loved ones, pursue her passions and to move about her day with newfound effort and ease.